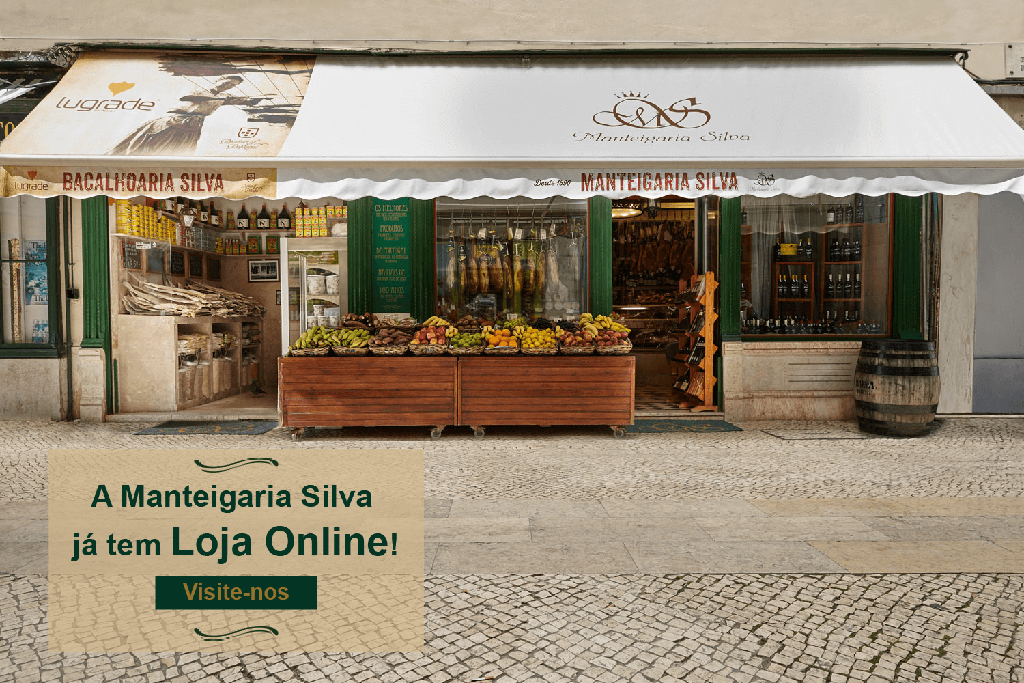 FROM THE CONSTITUTIONAL MONARCHY TO THE FIRST REPUBLIC, FROM THE "ESTADO NOVO" REGIME TO THE CANATION REVOLUTION, AND NOW IN DEMOCRACY, MANTEIGARIA SILVA HAS SERVED SEVERAL GENERATIONS, IN THE BEST OF TIMES AND ALSO IN THE MORE DIFFICULT PERIODS, ALLWAYS WITH A FULL COMMITMENT AND THE HIGHEST STANDARDS. IN THIS SECTION, GET TO KNOW MORE ABOUT ITS HISTORY.

Manteigaria Silva is a treasure of Lisbon’s traditional retail, conserving today all of the charm and many of the architectural elements of the time its foundation. The official origins of this emblematic gourmet shop have vanished in the mists of time, but, according to oral tradition, it is at least 125 years old, dating back to the period of the Constitutional Monarchy. In those days, Lisbon’s downtown would wake up to the sound of the street traders’ cries and the boulevards would fill with the shoppers’ buzz.

In 1890, the current D. Antão de Almada Street was called Correeiros Street. It was here, at number 301 – where the salt cod store now functions – that Manteigaria Silva (under another name) opened its doors for the first time. Next door, where the grocery store currently operates, there was a slaughterhouse, which catered to the old market on Praça da Figueira, now extinct.

In 1922, the store changed hands and also changed its name, becoming Manteigaria Silva. “Manteigaria” means butter shop and “Silva” is a family name. At the time, butter was an important and expensive product, which came from the Azores in blocks and was sold by weight, in small packages. Butter and its by-products were the only items for sale.

Eight years later, in 1930, the store expanded, incorporating the door numbers 303, 305, and 307, acquiring the size it has today. On one side there was the “manteigaria” (butter shop), and, on the other, there was a butcher. Later, the butcher turned into a gourmet deli, as we now know it.

In 1989, the current owner, José Tabuaço Branco, purchased part of the company’s shares and became the majority stakeholder. Born in Ramalde, in Oporto, José Branco came to Lisbon in 1966, served in the military, and remained in the capital. A son and a grandson of entrepreneurs in the canned goods industry (an industry very important at the time in Portugal), he worked in the dairy business from 1974 to 1985, the year in which he decided to create a small company under his own name, dealing exclusively with salt cod. Manteigaria Silva was one of his clients and José Branco was well-known by its staff. When he heard about the opportunity to acquire quotas, he didn’t hesitate. On December 29, 1989, he signed the deed guaranteeing him 57% of the company.

In that year, the country's economic outlook was quite different from the current one. The young businessman, with small children, invested all of his knowledge and all of his resources in Manteigaria Silva in order for it to reach the potential he saw in it. At the time, salt cod was the main driver of the business, largely due to emigration, and continued to be the shop’s star product. Every year several tons of salt cod were sold. Additionally, in the store’s basement, there were several tons of cured tuna stored in barrels. With a clear vision for the shop, José Branco went to find the best Portuguese cheeses, in which he specialized. The main products would be the ones that still shine today: salt cod, cheeses, and dry-cured hams, never neglecting the other specialties.

Between 1989 and 1996, José Branco acquired the remaining shares from the other partners and gradually refurbished the shop, from the shelves to the counters, restoring it to the best conditions, which included creating an office and a warehouse elsewhere in Lisbon, to keep stocks. To ensure the best quality products and a constant supply, it is necessary to purchase the best lots and sometimes in larger quantities than the historic shop can store.

In 2000, his son, also named José, joined the team. His help brought a fresh energy to the business and it allowed to further explore a few other areas such as dry cured sausages and wines. Like his father, José pays frequent personal visits to the suppliers – almost all of them small regional producers – and knows the products’ characteristics like the back of his hand.

If José Branco Sr. has participated in a cod fishing trip in Iceland to better understand the art of catching the fish and salting it, his son travels through the whole of Alentejo region in search of the best pigs – the leaders of the rods – to make sure that in the following years Manteigaria Silva will have only the best dry-cured hams for sale.

In 2011, it was José Branco Sr.’s daughter Laura, an architect by training, who joined the business, bringing her expertise to the financial area. In recent years, under her supervision, renovations and expansions have also been made in the store’s space, always respecting the vintage architecture and all of the guidelines for restoring this type of historic buildings.

Throughout the years, the Branco family has maintained a dedication to product quality and to customer service, and led the brand to new adventures: in 2014, Manteigaria Silva opened a flavours shop in Mercado da Ribeira, at Time Out’s, where customers may taste the best of what’s produced in Portugal; and, in 20162016, invited by the renowned Portuguese chef José Avillez, they came to be represented at Bairro do Avillez, in Chiado.

Today, Manteigaria Silva is visited daily by its local customers (some looking for the same products that their grandparents bought), and also by many foreigners thanks to the recommendation of numerous travel guides. Manteigaria Silva’s products travel to all parts of the world and it is with great pride that the store showcases the best Portugal has to offer in terms of cheeses, charcuterie, wines, and other specialties.